The Zoombike was conceived as a vehicle with the same geometric proportions of a normal bicycle, but able to fold and unfold as easily and quickly as an umbrella through a press-button system. This grants optimal convenience for urban transportation, whether on the road, in a metro, tram or bus, in the trunk of a car, or in other confined spaces such as elevators. It can be stored in any wardrobe or cabinet, and can even be hung on a coat hook in a small apartment. The bike features three gears, is constructed out of aluminum, and weighs only 10 kilograms. An even lighter magnesium version has also been in development. The disk wheels allow for very low air resistance, resulting in excellent mechanical efficiency, while transmission ratios are identical to a normal road bike despite the smaller diameter of the wheels. To achieve such characteristics, the design draws on aircraft technology rather than traditional bicycle mechanics. 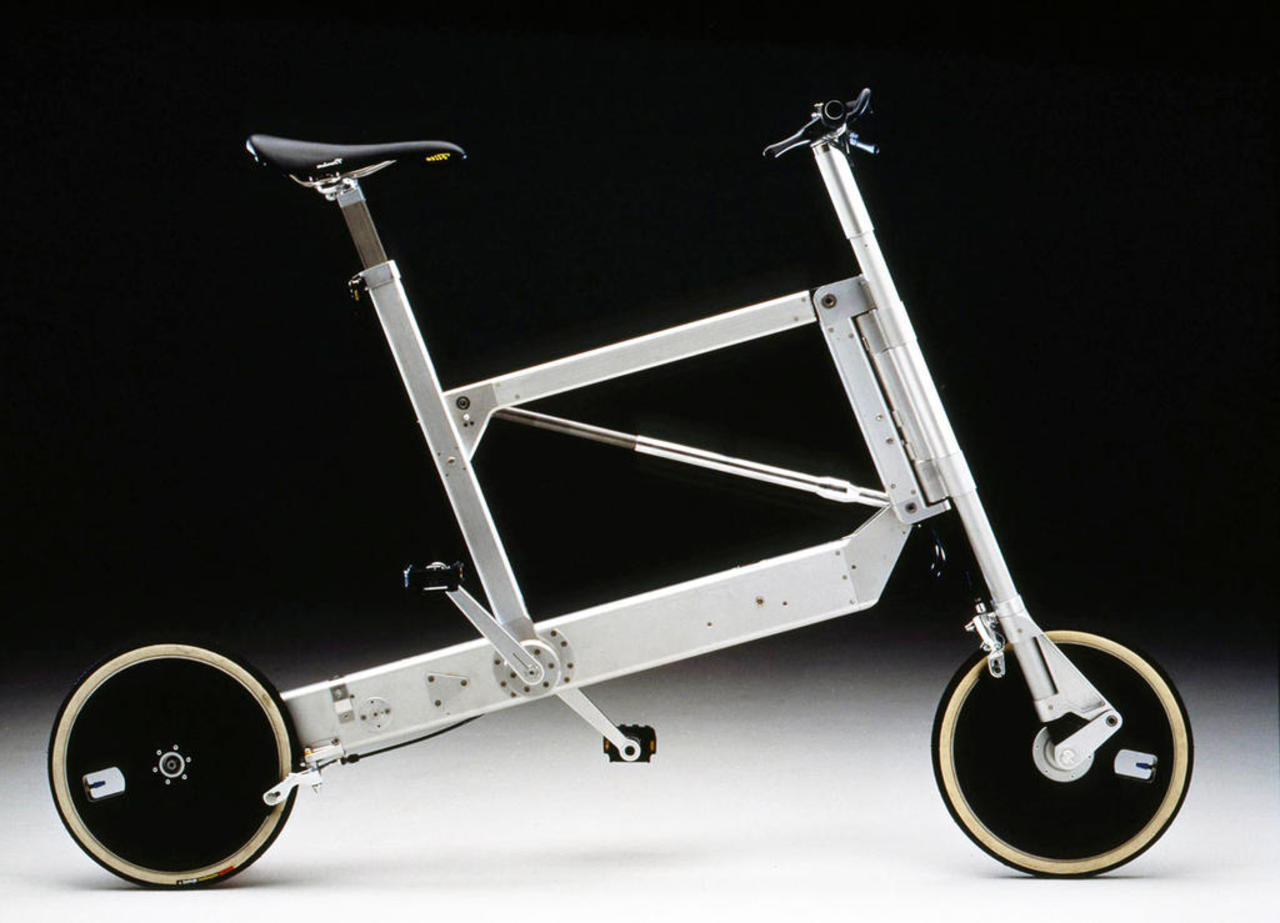